skip to main | skip to sidebar

Okay, so a lot has been happening lately and it's been slightly difficult to find time to dedicate to the label. So, I apologize to those who have still not gotten anything in the mail from me yet. I've been very slow lately with the mailorder. But you will get what you paid for and I'm mailing the remaining outstanding orders out this comming monday. If you have any questions about anything just shoot me an email. But since I'm all settled into my new apartment and my workstation all ready to go I can now focus on current and future projects. Speaking of which there are new releases underway from the likes of Skin Graft, Jason Soliday, Rectal Hygienics and Plague Mother just to name a few. I have my work cut out for me. Thanks to everyone who continues to support Anabolic Dimensions, 'til next time... 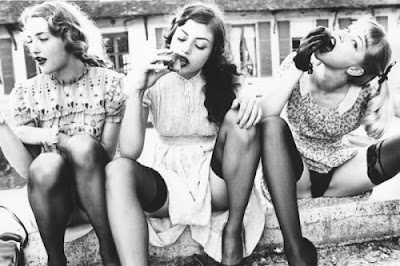 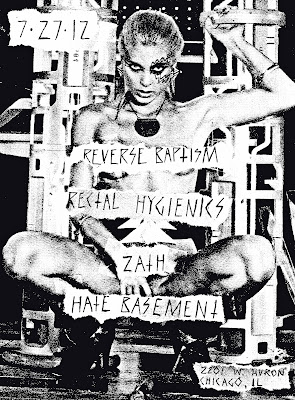 Street Business is the debut LP from Baltimore’s Reverse Baptism, who might be Ham-J, Cathy, and Cheetah. However, things quickly unravel into a much less clear delineation of who is who in the dystopian mirage the trio introduce to the listener.
Confusion is the focus (or lack thereof,) Reverse Baptism employ with which to manipulate the listener, blurring power and gender roles and setting up character-driven archetypes that are quickly shattered, reassembled, and fucked back in on themselves.
Nil-person narratives told by ultra-skeevs play out over damaged and spun electronics- at times sequenced, and others whirlwind, but always on the brink of collapsing in on itself. Rusted antique carousel songs play into the screech of porcelain horse’s thrusts before the gears finally corrode and the children start screaming. More perv than punk. More third world than industrial.
The records, pressed on Hollins Market table-colored vinyl, are a triumph in the catalog of Chicago’s Anabolic Dimensions. Liner notes include psychosexual illustrations, a fold out poster of the band, and a complete lyrics sheet (earning the album’s Parental Advisory stamp.)
Reverse Baptism has put forth an open-ended document that manipulates the listener into the twisted view from the gutter which they thrive.
Fuck you Mom.
Fuck you Dad. 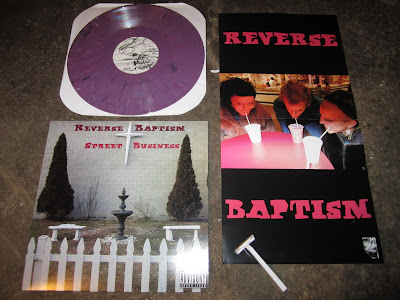 Hate Basement and Machismo are embarking on a "vacation" through the Midwest towards the East Coast next week. Come say high if we pass through your town. We will return the favor by partying really hard in your kitchen.
Details here:TRAVELLING BUG PARTY! 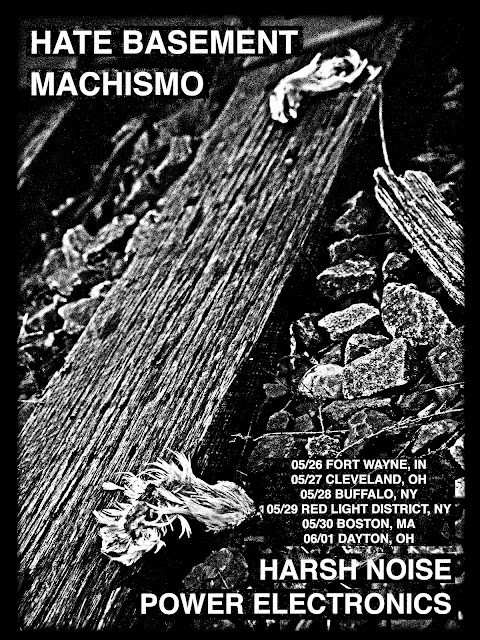 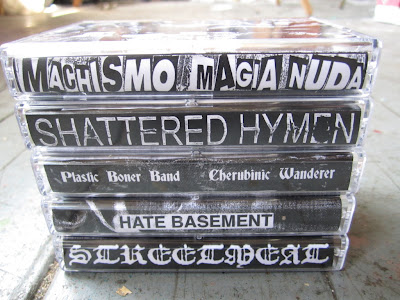 After much waiting, Deterge "Anacoluthon" and Urine Cop "Stay Smoke Stay Stone" tapes are finally in. Can't say much more about these except, BUY THEM! Hit up the store on the right to grab 'em. These took way longer than expected going through National Audio which leads me to say that I will no longer be sending my tapes to be pro-duplicated. From now on all Anabolic Dimensions' tape releases will be home duplicated, meaning faster output on releases. Next batch of home dubbed tapes are as follows: Shattered Hymen, Plastic Boner Band, STREETMEAT and Machismo/Magia Nuda split. These will be released at the same time and very soon I might add. The still "secret" LP is currently in the works. Bye bye for now...Thanks. 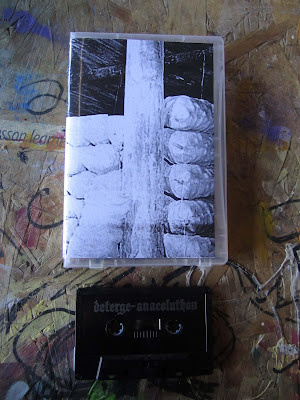 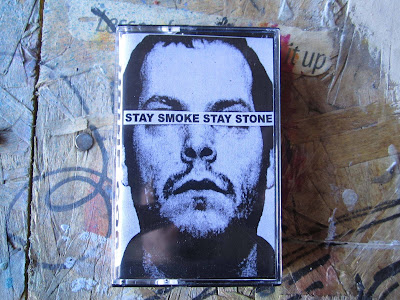 Weekday Humiliation is a new blog created by Mitchell Buller(Machismo). Comprised of nothing but live recordings of shows that he or others have documented. Check it out here. 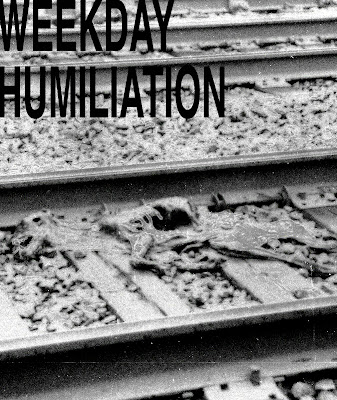 I've been slower than usual lately about getting to the post office. Been very busy here, but all orders have been shipped. Sorry for the delays on some of your orders. That's all for now, working...
Posted by Omar Gonzalez at 12:20 PM 1 comment: